The KATRIN experiment provided the best estimate to date of the maximum mass of a neutrino, finding it more than 25% lower than the previous estimate.

The Universe is full of neutrinos, one of the most abundant known particles. Despite the profusion of particles, scientists still know little about neutrinos, which interact weakly with matter and are therefore difficult to detect and characterize. Even their mass, a most elementary property, remains unknown. Today, the flagship experiment in the race to directly measure neutrino mass, the Karlsruhe Tritium Neutrino (KATRIN) experiment in Germany, has reached record sensitivity to the mass of the particle, noting that its value must be less than 0.8 eV. The team behind the experiment says KATRIN should soon be able to test much lower mass values, not far off from those suggested by cosmological observations.

Scientists have known that neutrinos have mass since the 1998 discovery of neutrino oscillations – a change in their “flavor”, which is only possible if their mass is not zero. Physicists have long tried to determine this mass value, as well as to understand why the particle has mass. This information could expose physics beyond the Standard Model and is crucial for cosmology – although light as feathers, these particles are so abundant that their gravitational pull could affect the formation of large cosmic structures.

However, weighing the neutrino is not easy. Today’s method of choice stems from a 1934 proposal by Enrico Fermi that exploits a radioactive process called nuclear beta decay. During this decay, a neutron turns into a proton, releasing an electron and a type of neutrino called an antineutrino. If the neutrino has mass, it will absorb some of the energy released by the decay, limiting the maximum energy of the released electron. This effect should alter the high-energy tail of the electron spectrum, providing a way to determine the mass of the neutrino.

KATRIN was designed to be the most sensitive experiment of its kind, employing the world’s most intense beta decay source of tritium (a heavy isotope of hydrogen), a giant airship-shaped spectrometer with exceptional resolution in electronic energy and tips for reducing unwanted background signals generated by radioactive contaminants. Designed in 2001 and fully commissioned in 2018, KATRIN carried out its first measurement campaign in 2019. In just four weeks of data collection, it obtained a higher mass limit of 1.1 eV, halving the ceiling determined by the previous measurements (see Point of view: Homing in on the mass of neutrinos).

KATRIN has now reduced this value to 0.8 eV, using data from its second measurement campaign, which had “stronger signal, lower background noise [levels], and lasted longer,” says Magnus Schlösser of the Karlsruhe Institute of Technology, Germany, coordinator of the KATRIN data analysis team. To amplify the signal, the team increased the activity of the tritium source, that is, the number of atoms that decay per second. (In the first test, the activity was kept low to protect the surfaces of materials exposed to tritium for the first time). To reduce background noise, the team reduced radioactive contamination by improving the vacuum in the spectrometer and removing contaminants from surfaces through heat treatments. In addition to the measurements improving signal statistics, they also reduced systematic uncertainties associated with inaccurate modeling of experimental components, such as the electrical potential of the source, which can skew the measured electronic energy spectrum.

By analyzing the second-cycle data, the team placed an upper limit of 0.9 eV on the neutrino mass. They reduced this value by 0.1 eV by adding the result of the first test to their analysis.

The drop from 1.1 eV to 0.8 eV may seem small. But for Deborah Harris, an experimental physicist at York University, Canada, those two numbers alone don’t paint the full picture of KATRIN’s progress. She says the impressive feat is that the KATRIN team reduced statistical uncertainties by a factor of 3, the equivalent of taking 9 times more data, and systematic uncertainties by a factor of 2. [improvement] is the big news.

Particle physicist Riccardo Bugnera from the University of Padua in Italy says the KATRIN result is “expected, but very important”. The progress suggests that the collaboration can further improve this complex experiment, which bodes well for KATRIN’s ultimate goal: to achieve mass sensitivity of 0.2 eV by 2024, he says.

With such sensitivity, KATRIN would have mass-testing capabilities approaching those of indirect methods that infer neutrino mass from cosmic observables such as the cosmic microwave background. These methods indicate that the neutrino has a mass slightly less than 0.2 eV, but the value they derive depends on many cosmological assumptions. “It would be very exciting to achieve comparable sensitivity through a method that doesn’t require assumptions about how the Universe works,” Harris says.

Matteo Rini is the editor-in-chief of Physics. 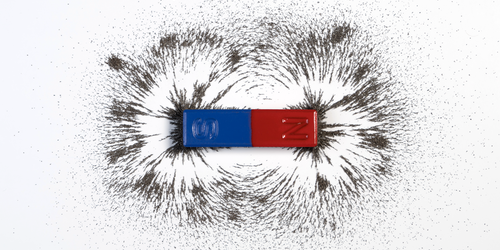