The U.S. consumer price index is up 5% since May 2020, according to data released last week. This is the largest 12-month increase since 2008.

Some people on Wall Street are acting like Germany’s Weimar-style hyperinflation is here. I do not think so. I’m old enough to remember when inflation was 3-5% Ordinary. Even if the CPI stayed in that range, which I doubt, it would just be a throwback to what everyone was living with in the 1990s. In a way, we have survived.

At the same time, even 3% inflation is not good. The Federal Reserve is supposed to provide “price stability”. Fortunately, they prevented hyperinflation. But even moderate inflation, worsened over the years, is the opposite of price stability.

And for many people, inflation is not easy. Have you tried to rent an apartment lately?

Whether inflation is a problem depends on your personal situation. It varies a lot depending on your location and how you spend your money. It is also easier to tolerate if your income increases at the same rate as your cost of living.

The inflation we’re seeing right now is primarily driven by the COVID-19 pandemic … but not necessarily in the way you might expect.

The CPI is an index weighted to reflect the change in the prices of a hypothetical basket of goods and services. It is also subject to significant statistical adjustments. It doesn’t reflect anyone’s reality, but it is the measure we have.

The annual jump that worries people so much was very concentrated. Samuel Rines at Avalon Advisors calculates that just five items accounted for 71% of the change in the overall CPI. 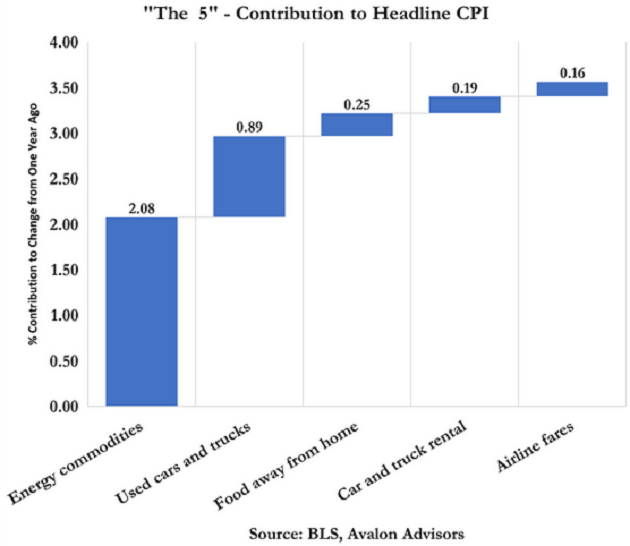 The top five culprits were:

What does all of this have in common?

On the one hand, all their prices were severely depressed in May 2020, the start of the period in question. Many American businesses have been shut down, workers made redundant and fearful consumers staying at home. The restaurants, if they were open, only did take out. Few people bought plane tickets or rented cars.

Compare that to today. People who have been vaccinated are resuming their previous activities, business is booming in many segments and there is economic optimism.

Of course the prices that fell the most during this strange period rebounded the most. This should come as no surprise to anyone. But there is more to this story.

Note that two of the categories are related to vehicles. It is not a coincidence.

All of this happened when microchips, a major component of modern vehicles, were in short supply due to trade and national security disputes between the United States and China. This further reduced the supply of new cars, encouraging consumers to seek out used cars and driving up their prices.

As for car rentalâ€¦ it’s just supply and demand. They can’t rent cars they don’t have. They sold the used ones and were unable to purchase new replacements. So they charge more for the few vehicles available.

Now the question is whether these factors will persist. If so, we can expect used vehicle prices to continue to rise, which could further boost inflation. Are they going?

They could. Taiwan, the world’s main source of microchips, had been relatively untouched by the damage caused by COVID. But now he is experiencing a serious outbreak of COVID, which appears to be centered on foreign microchip workers who live in overcrowded dormitories. This further restricts the supply of new vehicles, as well as many other goods.

But the other factors are probably fading away. People who need a car to get to work have probably found one or made other arrangements. Public transport at least seems safer.

Mobility data shows people are moving almost as much as before the pandemic. This means that the demand for fuel is probably about to return to normal. Prices could go up for other reasons (we are entering hurricane season, for example) but energy prices should start to stabilize. There is little reason to expect another year like the previous one. 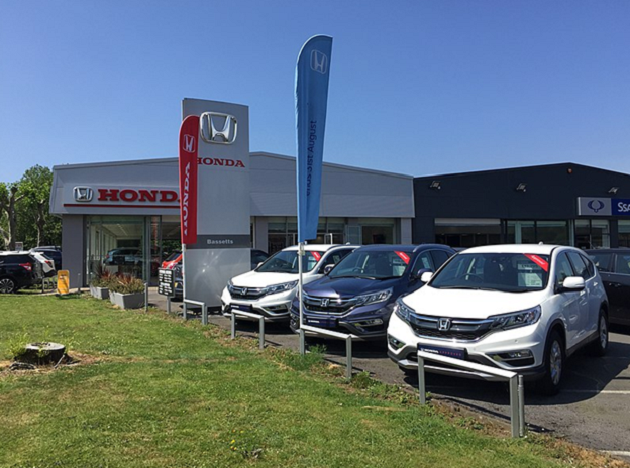 Inflation does not always show up in prices. For example, I have noticed a trend where products are not available in the local store, but the same store will be happy to ship them for delivery next week.

It’s sort of a hidden price increase: keeping you waiting instead of immediately taking your purchase home. The CPI doesn’t capture that unless the price goes up as well.

Inflation is real, and it’s painful for a lot of people. However, this is not the kind of inflation that will continue to boost the CPI. What we are seeing now is a temporary consequence of the pandemic which, while not going away, is at least receding as more people get vaccinated.

Federal Reserve officials appear to be much more concerned about jobs. Before they tighten their policies, they want to see the millions of still unemployed people get back to work and the millions who have left the workforce back into the game.

Yes it happens, it will take time. So expect the Fed to stay dovish for a long time.